What is that Ramjet? Its from G.I. Joe yes?


For me, how about this?

Bit of a step up from the car, I know.

H.I.S.S. Tank. I wish they would do a crossover TF of it. What is yours, I assume a Star Wars ship?

H.I.S.S tank, that does look like it would be a cool TF cross over! I would get one!

The ship is the Battlestar Pegasus, from the recent re-imaging of Battlestar Galactic. (The Galactica would also make a cool Alt mode.)

On the space theme.

what about a blackstone fortress?

To know others you must know yourself first!

Rodimus Prime wrote:If I ever win the Lotto I am gonna buy this car, get the spoiler painted yellow and get the flames on the hood.

You win the lottery and you buy a freakin' Celica? I don't know you...

Personally, I'd go for something classic. Thats Fantastic! We've been jammed! Here are my alt modes that I would like, one for ground assault, and one for the air (which I work on anyways)

If I could chhose my alt mode I'd probably go for something like this: 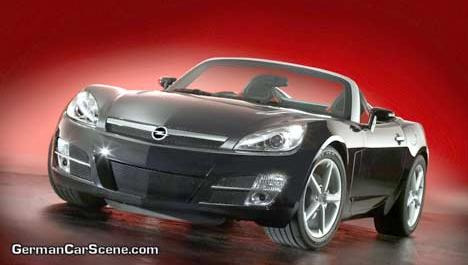 Either that or something more classic

Minerva wrote:If I could chhose my alt mode I'd probably go for something like this:

Either that or something more classic

sig art comes from the Charticon Print I colored. Line art is by Brian Shearer, inks by John Wycough and colors by me
Top

Dez, the Fortress looks like it would be a PAIN to transform!

Rumble wrote:Alternate mode hmmm... theres alot to choose from. This will do for starters though:

Will have to find some more and add them to the list.

"Look at Megatron. I'm gonna blast that smile off his faceplate".
Top

Iwould have this as mine,

HAHAHAAAHAHAHAHAAA! The Wagon Queen Family Truckster "You think you hate it now....... but wait until you drive it! Hey! Airbags!"
Top

@ Arcee - nice choice, I've never seen that Jaguar before... looks like an E-type crossed with a Batmobile

@ Minerva - Great choice, that Opel... the continental version of our Vauxhall VX220 over here. Made by Lotus on their Elise wheelbase and chassis, and it drives better than the Lotus which costs quite a lot more

@ Ratchet - I see your Schwartz is as big as mine

Here's my latest choice for an Alt mode - the BMW Gina concept car... I saw this today and was open mouthed for ages whilst I read about it

. I would normally only post one pic, but one doesn't do this car justice - a wee snippet of info about how it works is also included. This really is a weird, but awesome car (and they'll probably never make it apart from for a few movie shots or something

). Car fans will spot it's based on the Z4 shape and its hinted that the next Z4 could be aiming for similar looks (without the amazing moving skin...)

"As fabric roofs for convertibles fall out of favour, BMW has discovered what to do with all that left over material; cover the rest of the car in it.

The GINA Light Visionary Model is a two seat roadster with a textile cover that resists water and extremes of temperature stretched across a moveable metal framework for an almost seamless outer body.

The car's real sci-fi trick however is its ability to morph; changing shape like the liquid metal robot in Terminator 2 depending on what is required of it. Metal wires pin the hi-tech fabric to the body panels and electro-hydraulics attached to them can stretch it in different directions.

At the front of the car the traditional BMW twin headlights remain hidden until required, at which point the fabric is peeled open like a pair of eyelids. Rear lights are invisible under the fabric until lit. The familiar kidney grille can be altered to increase airflow, the side panels stretching apart and at the same time creating sharp creases along the front wings.

BMW has also done away with the traditional bonnet opening, instead replacing it with a horizontal split in the fabric that runs along the mid-line of the front panel and gapes open like a surgical incision."

(sorry about it making you scroll to the right - I've tried editing the post, but nothing sorts it

)
Jetfire is a robosexual

ugh its the green machine lol, interesting choose there.

sig art comes from the Charticon Print I colored. Line art is by Brian Shearer, inks by John Wycough and colors by me
Top

@Sunstorm: Woludn't you hate to get engine oil or grease on that bonnet!

Wow, a car with no metal skin. It looks very odd, but I bet you would never stop getting looks.

Yeah - I bet it looks odd when travelling at speed... the wind must make that skin ripple like a face on someone skydiving

Jetfire is a robosexual